How to make free calls on your android, ios, blackberry and pc

163
SHARES
2k
VIEWS
Share on FacebookShare on Twitter
Hello friends, today I want to share some ways through which you can make free calls on any of your device for free. Many of us do not make calls as we ought because of what it entails while some of us spend a huge sum of money on calls every day. I am going to share some applications that can be used to make free calls. All of them can be downloaded for free from any app store.

How to make free calls on your android, ios, blackberry, and pc

1.  Facebook messenger:  facebook, as we all know, is one of the most popular social networking sites with over two billion users. They recently developed this messenger app with which someone can call another online. But, the person you are to call must also have the application installed on his or her device. For you to make use of this application, you must have a facebook account. This application also has video calling features that can be used anywhere in the globe. It runs on many operating systems…… like android, windows phone, windows phone, IOS, blackberry, etc. and can be downloaded from the app store of any operating system.

Whatsapp messenger: Whatsapp INC, which was recently acquired by Facebook Inc,  is the most convenient way of quickly sending messages on your device to any contact or friend on your contact list. They introduced a free voice- calling feature earlier this year which is awesome. This application also runs on many operating systems just like facebook messenger and can be gotten either from the app stores of any operating system, from searching the internet for it or from the official website of Whatsapp INC. 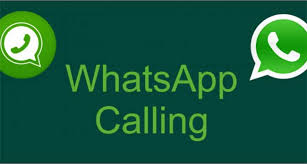 3.Viber: Viber is another powerful application that can be used to send free messages and make free calls to any device that has Viber, from your Android device. Its video and audio features are very nice and easy to use. Its unique feature is that it can be used to call numbers and landlines that are not registered on Viber at low rates with their ViberOut feature. 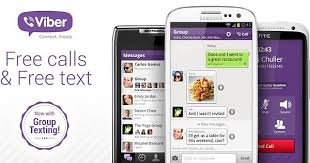 Nimbuzz: Nimbuzz combines the power of the internet and mobile to provide quality chatting and calling features. This application can be used to call both numbers registered on Nimbuzz (free) and non-Nimbuzz numbers i.e. numbers not registered on Nimbuzz (at a low rate and can save up to 95% on your mobile bills). The calling to non- Nimbuzz numbers is done using the NimbuzzOut feature. Nimbuzz can be used on any device- Android, iPhone, windows phones and windows pc, Mac, Symbian, etc 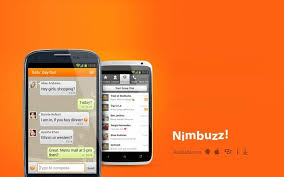 Skype: Skype, acquired by Microsoft Corporation on the 10th of March 2011, is another wonderful application that offers extraordinary features like video and voice calling to mobile and landlines, group video calls, video messaging, text messaging, file sending, screen sharing, etc. It can be used to call any phone number whether registered on Skype or not and can be used to call anybody anywhere in the world. This application is also good for web conferencing because of its stability and cross-platform. 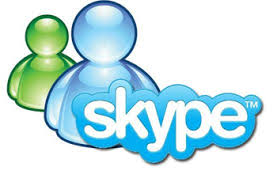 Others include:
6.Google Hangout.
7. Line messenger.
8. Yahoo messenger.
Note:
1. All these applications mentioned above, require internet connectivity to use (either data connection or Wi-Fi connection) to function.
2. Some of them require that the application must be installed on each phone to be called and the users to be called must be online.
3. Some of the applications require updated versions of an operating system to function and so, check for compatibility before downloading any of them to avoid being disappointed.
4.  All of the mentioned application service providers have their terms of use and service.
Share65Tweet41Share16

Payoneer Rolls out Two-Step Verification For Its Users

Recover Stolen Android Phone In Nigeria: Easiest Way to do so

How To Get A United States (US) Phone Number For Free